Fighting climate change — one conference at a time 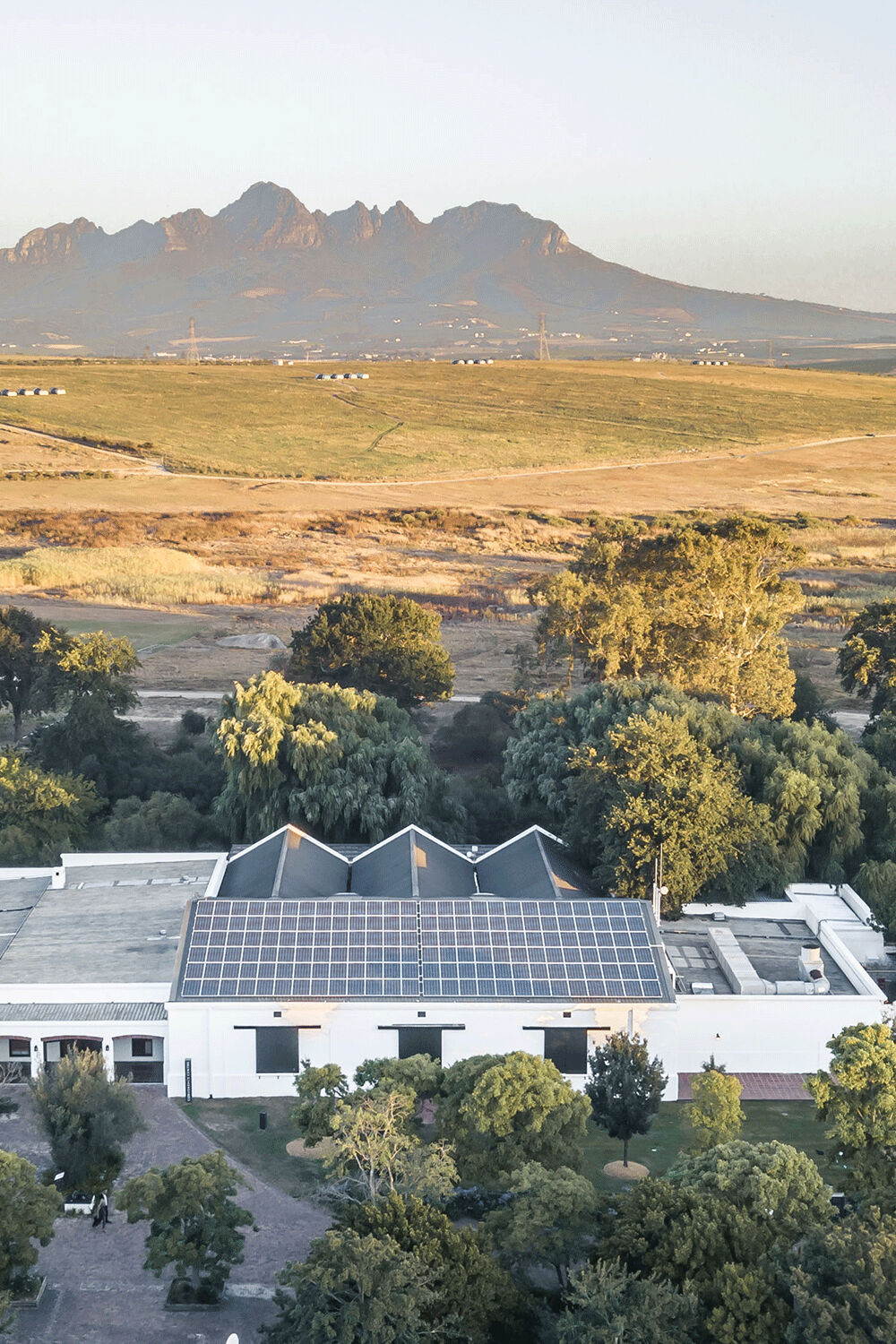 A 42kW solar power system installed almost two years ago on the Spier Conference Centre roof has resulted in significant energy savings, offsetting roughly 40% of the Centre's annual power usage. Consisting of 156 panels, the system is also an important tool in our fight against climate change.

“Carbon emissions from electricity generation is one of the biggest culprits responsible for global rising temperatures,” explains Spier’s General Manager, Joep Schoof. “Harnessing ample sunshine to generate clean power forms an important part our commitment to a self-sufficient and sustainable future that will benefit both people and planet.”

From 31 November 2017 to 30 April 2019, the 255m2 array of panels generated 95 440 kWh of power. Had this been generated by a coal-fired power station this would have resulted in 50.58 tonnes of carbon emissions. That’s equivalent to the carbon dioxide released from:

When electricity demand in the Conference Centre is low and generation is high, the excess power is used by other buildings on the estate, ensuring this energy doesn’t go to waste.

The Conference Centre panels form the third and largest solar PV (photovoltaic) system to be installed at Spier: the other two systems were installed at the Wine Cellar and De Rust Financial Office. Each system has been installed by Spier’s renewable power partner, RenEnergy. In the coming months, RenEnergy will also be installing additional panels at the Spier Hotel and our Tasting Room.

Book your energy neutral conference by getting in touch with conference@spier.co.za