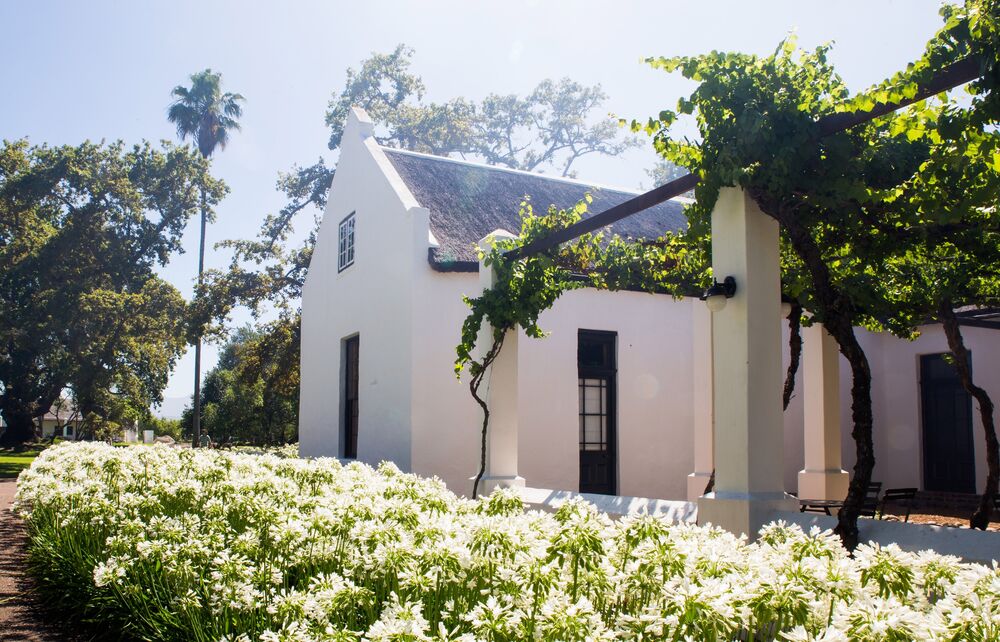 Spier A Million Trees is a range of wines that captures what Spier does best in a bottle – making quality wines that are a true and consistent representation of each grape variety’s unique flavour.

Currently the range features a beautifully balanced Chardonnay and a classic South African Pinotage; both are exclusively available in Denmark. The range celebrates Tree-preneurs – one of Spier’s Growing for Good learning initiatives which empower our communities to create positive social and environmental change.

Over 100 Tree-preneurs living in some of the Cape’s poorest communities have been taught how to care for indigenous plants, trees and succulents. They are given seedlings to nurture; once these are large enough, they are then exchanged for food vouchers bicycles, educational support and other essentials.

Originally established in KwaZulu-Natal by Wildlands, an NGO, Tree-preneurs are now operational in more than 24 communities countrywide. In 2009 – as part of its commitment to making a positive environmental and social impact through business – Spier teamed up with Wildlands to establish it in the Western Cape, providing it with a base on the farm from which to operate, as well as free water and electricity.

The driving force behind Tree-preneurs is Lesley Joemat, a Spier employee who has built a personal relationship with growers in seven impoverished communities across the province, including Jamestown, Kalkfontein, Lynedoch, Heather Park, Tafelsig, Nagenoeg and Klapmuts. Lesley visits them on a weekly basis to distribute seedlings, containers, soil and compost, and to offer advice on growing trees.

The items exchanged with Tree-preneurs in return for trees – whether bikes for those without transport, or educational support for those struggling to pay school fees – unlock opportunities, provide support and spark inspiration. The project nourishes environmental consciousness in the communities where growers live; it also empowers others to make a positive difference.

A powerful example of this is Tannie Babs Visagie, a Tree-preneur from Heather Park who runs a food kitchen, using the vouchers earned from her trees to buy food for orphans in her community. Since she joined the project in 2011, she has bartered 9000 trees, including 3000 spekboom plants currently showcased on the verandas at Spier Hotel.

Working together for ecological regeneration

This initiative isn’t just about uplifting the communities in which it operates: through key collaborations, its efforts are having a far-reaching impact on the health of Stellenbosch’s environment.

Tree-preneurs supports the Stellenbosch River Collaborative (a multi-stakeholder partnership which aims to restore health to the Eerste River catchment) through the establishment of a team that is currently rehabilitating the Plankenbrug River, clearing alien vegetation and planting indigenous riverine species.

Western Cape Tree-preneurs have grown 100,000 indigenous plants, trees and succulents since the project began in the province. 10,000 of these have been donated to the Stellenbosch municipality's Million Trees initiative. These have been planted in disadvantaged areas of Stellenbosch in need of greening such as Cloetesville, while riverine species have been planted as part of the Plankenbrug’s regeneration.

Since 2018, the initiative also collaborates with 10 schools in the communities where Tree-preneurs live. Sponsors buy trees through Wildlands, and these are planted at these schools – such as at Axios Schools of Skills in Eerste River which received 500. In addition to assisting with the implementation of water harvesting, Joemat monitors the health of the trees and provides training for the schools’ grounds manager to ensure the trees flourish.

Tree-preneurs is one of Spier’s Growing for Good learning initiatives, which empower staff and communities to create positive social and environmental change.

Buy our Spier A Million Trees Chardonnay and Pinotage on COOP.