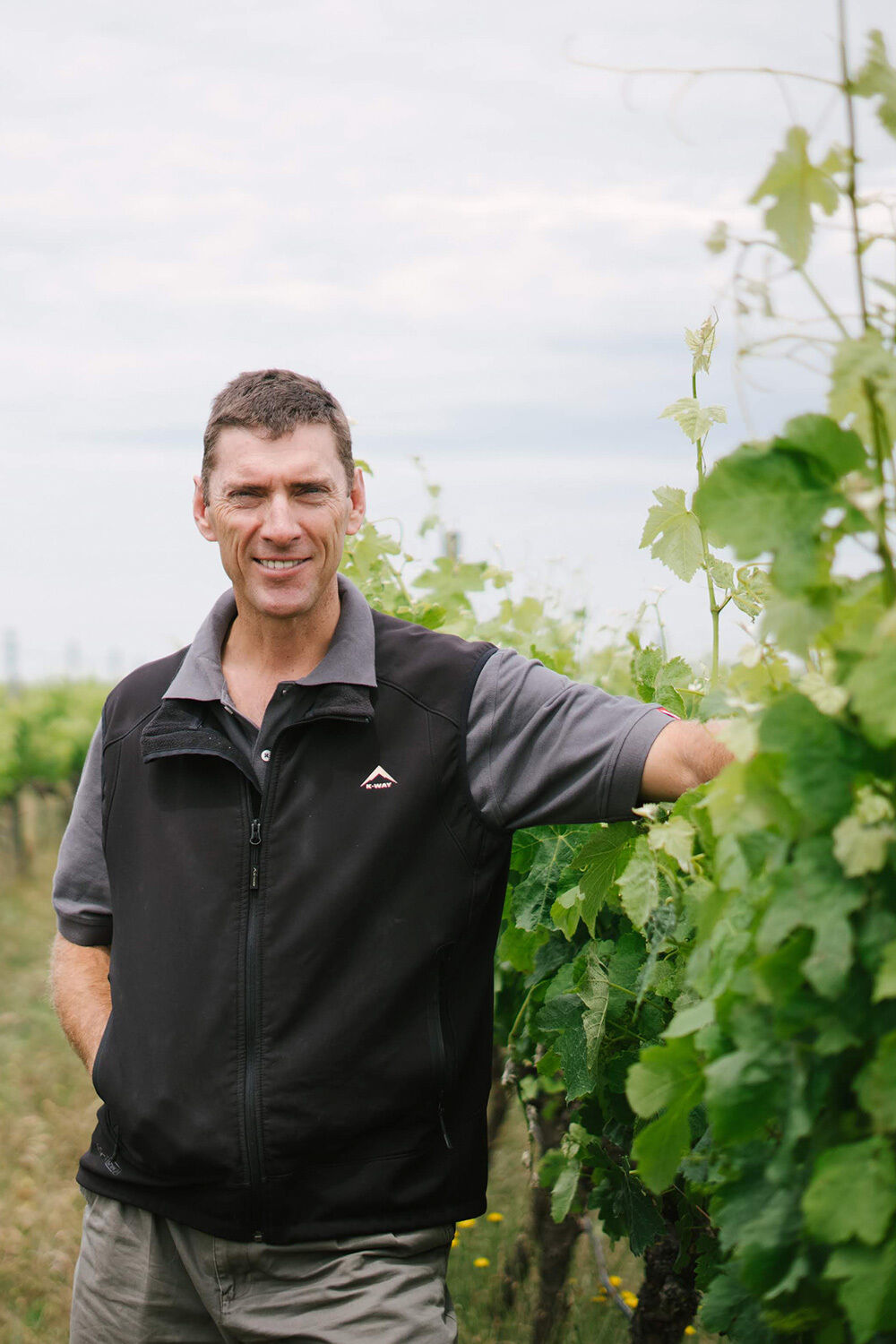 Viticulturist Bennie Liebenberg braves sweltering summers and rainy winters to keep an expert eye on the selected areas where the grapes for our award-winning wines are grown.

In line with our responsible sourcing philosophy, his particular focus is on the growers that supply the grapes for our top-tier wine ranges, including Frans K. Smit, 21 Gables, Creative Block and Seaward.

“My aim is to get the very best out of every site that we source grapes from,” he explains. “What we do in the vineyard can significantly impact the wine’s ultimate quality. This includes the kind of rootstock we use, what kind of trellis system there is, the pruning and cropping that gets done, as well as when we harvest. My job is to ensure we do all these things optimally.”

Bennie grew up in Paarl, and completed a degree in winemaking and agriculture at the University of Stellenbosch. After 18 months at Stellenbosch Farmers’ Winery (now part of Distell) and lending a hand on a harvest in Bordeaux, he completed another degree – this time in business – while playing hockey for both Maties and South Africa. After graduating, he joined VinPro, where he consulted on a wide range of different vineyards. Following a 15-year stint at Distell’s Die Bergkelder, he moved over to Nederburg and was also viticulturist for brands such as Pongrácz and Fleur de Cap.

Since joining Spier in July 2019, Bennie has been spearheading a soil-scanning project for key vineyards to determine whether soils are light, medium or heavy. These findings have helped him to understand precisely how much irrigation is required on these sites to achieve optimal results.

“Underscoring my approach to whichever vineyard I’m working with is respect: respect for the land and the people who work on it, the climate and surrounding environment, and, of course, the product we are crafting,” he says. “Custodianship of the land is key. In the greater scheme of things, we’re only looking after it for a short time. It’s my aim for us to leave it better than when we started working on it.”

While the majority of vineyards Spier sources grapes from are still farmed conventionally, Bennie is working hard to reduce the amount of pesticides and herbicides that are used – for example, through the increased use of cover crops which prevent weeds from sprouting.

Bennie doesn’t have a favourite grape – the diversity of the varietals in his care makes his job exciting.

“Every area is different, and every cultivar is unique – Sauvignon Blanc and Merlot, for example, are both rather finicky. But I enjoy everything; I don’t get bored.”

An increasingly important facet of his role is helping the winemaking team to understand the risks of and, where possible, mitigate the effects of climate change. With winters becoming warmer than they were, Chardonnay has sometimes started budding far too early – in mid-winter – which has meant a reassessment of where to source these grapes. Careful trellising to help the grapes survive the increasingly harsh summers has also become crucial. And then, there’s navigating the long-term trend of increasing water scarcity. With all this on his plate, downtime is crucial – when Bennie’s not racing down mountains by bike or training at gym, he’s relaxing with his family at home – cooking, gardening and, of course, enjoying the fruits of his labours: a glass of Spier wine.

With the 2020 harvest having just begun, Bennie is feeling optimistic.

“Conditions have been largely favourable over the last few months,” he says. “We had enough rainfall, with a wonderful bout of wet weather at the end of October which permeated the soil and initiated good growth. Except for few really warm days in November and December, temperatures were moderate. A heatwave in mid-January thankfully caused no serious damage.”

Bennie is expecting a bigger harvest than last year.

“Our Chardonnay grapes are looking really good in the vineyard; I also think it could be a superb year for red cultivars,” he says.

He adds that while some dryland vineyards have been taking time to recover from the intense drought that recently afflicted the Cape, on the whole the rest is looking as promising as the much-acclaimed 2015 vintage.