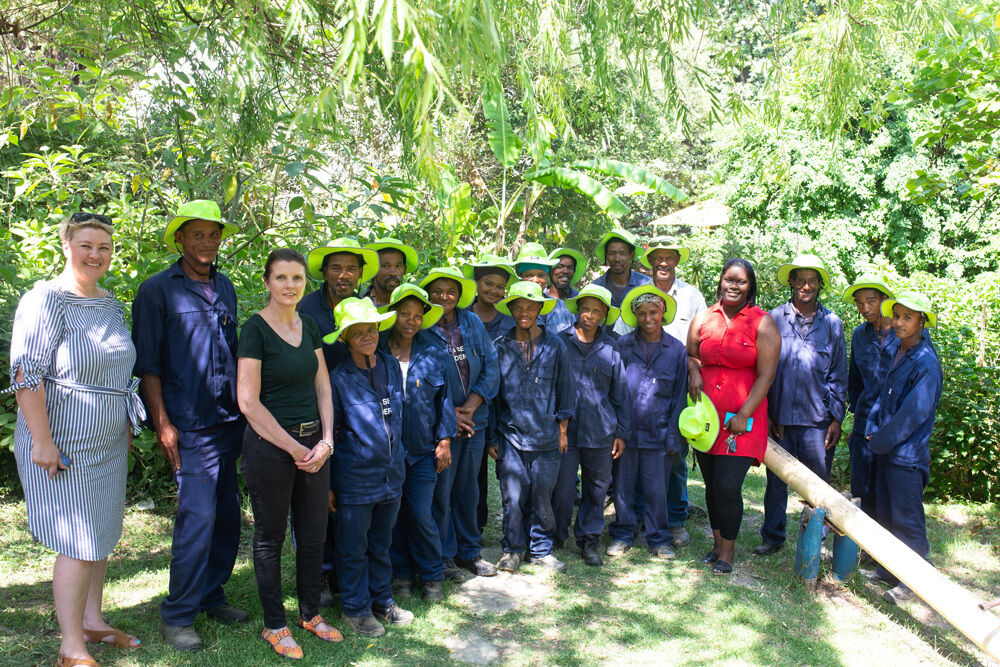 For more than a decade, Spier has partnered with local farming contractor Adam & Seuns to provide much needed additional labour during peak periods.

In this highly seasonal industry, many additional hands are required at harvest time to help with pruning and crop thinning.

Adams & Seuns' certification from the Wine Industry & Agricultural Ethical Trade Association (WIETA) sets them apart from many other temporary employment services (TES) providers. This independently audited certification means that their sustainable and ethical principles, policies and practices are legally compliant.

“To find an ethical and responsible TES partner is challenging,” says Richard Newton-King, Spier’s Director of HR. “We look for a like-minded partner that can employ people at fair remuneration and treat them in a way that we can be proud of. Adams & Seuns meets all of our expectations.”

The origin story of Adams & Seuns is inspiring. Founder Leslie Adams started working on a farm in Faure when he was 11 years old. His father had died and he needed to support his mother and siblings. After more than three decades working on that same farm, which is where his family still lives, Adams invested his limited savings into his new venture.

In 2008, he purchased one Hyundai HP 8100 truck and a few tools to begin his life as a business owner. Since then, he has acquired multiple trucks and bakkies, and employs 25 farm workers, along with many casual and seasonal workers. Leslie’s daughter Elaine works with him and ensures all of the ongoing administrative and legal compliance tasks are completed.

In 2008, as part of its Growing for Good initiatives, which aim to empower staff and communities to create positive social and environmental change, Spier helped Adams & Seuns launch their company. Spier continues to support the business, helping them comply with labour laws, offering advice, and sending their employees food parcels during the ongoing COVID-19 pandemic.

“We have a true partner in the Adams family. They have grown up in agriculture; they understand farming. Leslie is dependable, ethical and he has integrity. The family is making a big impact on their community. We are very lucky,” says Newton-King.

For Spier, service providers like Adams & Seuns are vital in remedying the historical abuses in the agricultural industry. By ensuring consistent employment, safe and hygienic working conditions and decent wages, along with paying COIDA, UIF and other statutory deductions, Adams & Seuns, with the support of Spier, protects workers from exploitation, and guarantees rest breaks, annual leave and sick leave when needed.

Spier is eager to promote the good work of Adams & Seuns in the hope that more farms will employ their services, and create a situation where employees have work for most weeks of the year.