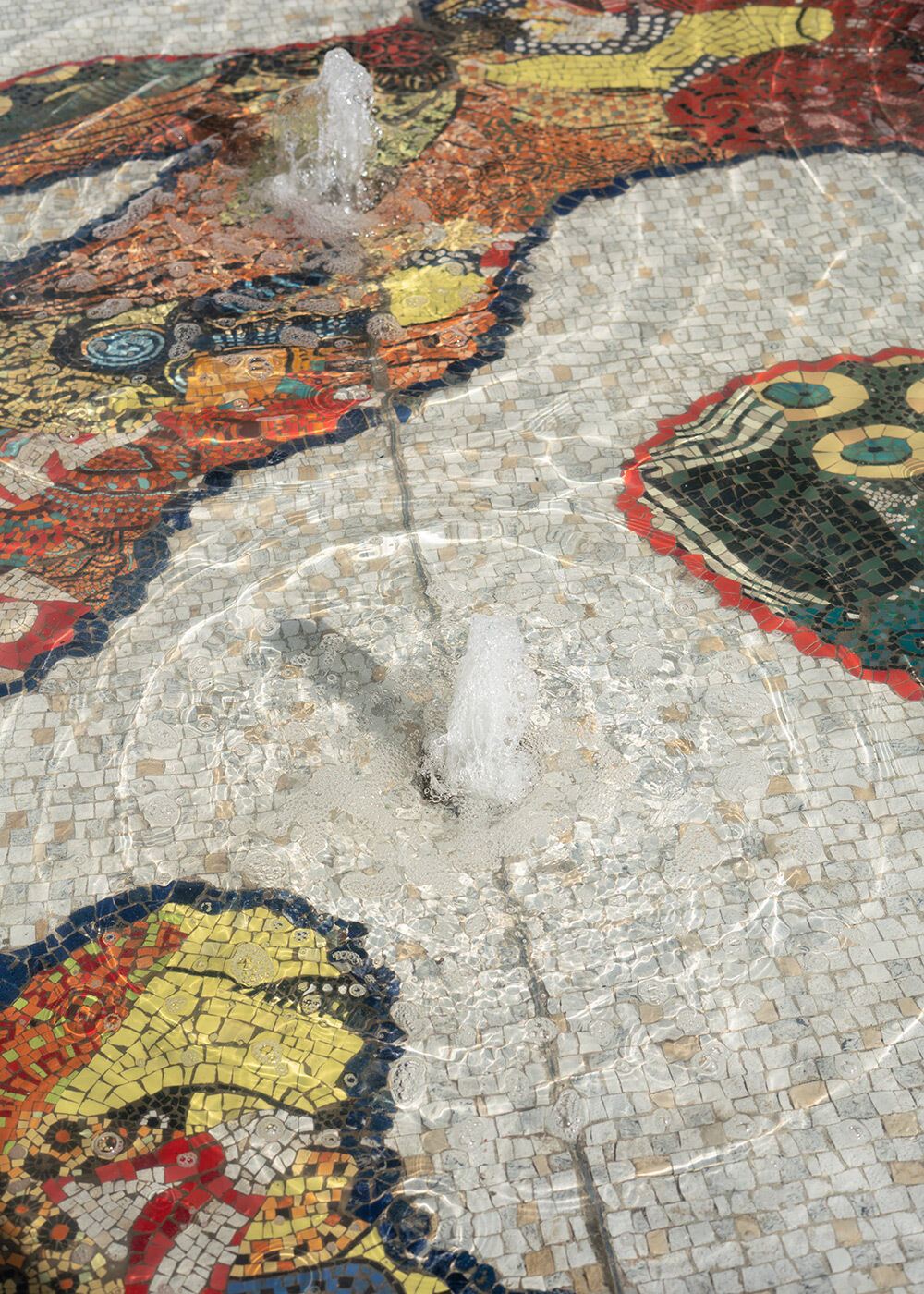 Uthomi, which is Chirrime’s first mosaic project, celebrates and showcases her talent for combining colour and abstract form, offering a vibrant playground for the imagination. This ambitious, vividly coloured work produced by the Spier Artisan Studio was recently installed in a water feature close to Vadas Smokehouse & Bakery.

The artwork forms the floor of the fountain, and its mosaic surface is flush with the surrounding surface, encouraging visitors to engage with the installation and the water. Due to the need of a flat base surface for the fountain, the Studio chose to use the reverse (or indirect) mosaic method. This was invented and used for the first time by artist Giandomenico Facchina for the installation of the mosaics at the Paris Opera in the 19th Century. It involves enlarging a mirror image of the original artwork to scale and sectioned into a number of interlinking sheets. The mosaic units (called tesserae) are pasted face down — as opposed to the traditional direct mosaic pasting method — onto the paper, using a special homemade flour glue for this temporary pasting phase. The paper, after installation, will be removed (a water-soluble glue allows for easy removal).

“The visual arts are as much part of Spier as good food and fine wine are because we believe they are a powerful tool for transformation – sparking new insights and inspiring us to engage with our world in new and imaginative ways,” says Milne.

The Spier estate is a trove of sculpture and ambitious outdoor works. These include:

Visitors can also pop into the satellite Stellenbosch space of the Spier Artisan Studio. The airy, light-filled studio allows guests to see artisans at work as they create pieces in mosaic and beadwork in collaboration with South African fine artists.