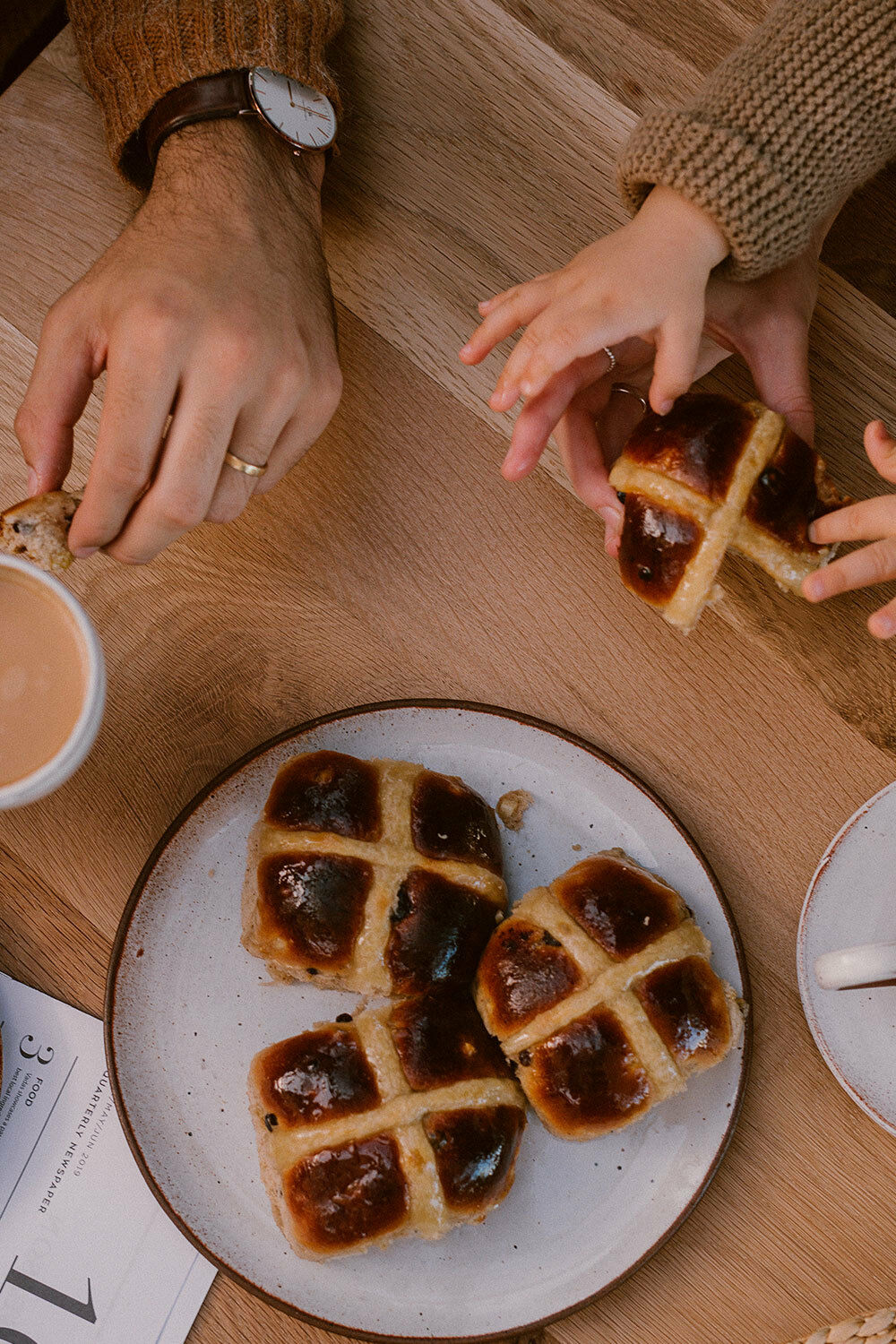 Staying in does not mean you'll have to miss out on all the delicious Easter treats. It's time to whip up your own batch of these fluffy and soft Vadas Hot Cross Buns, they are lightly spiced filled with a mix of dried fruit and glazed with a sticky syrup.

For the cross
75g plain flour and 75g water

Method:
Heat the milk until warm.
Mix the flour, sugar, salt, yeast, butter and egg together in a bowl, then slowly add the warm milk until it forms a soft, sticky dough.
Add the sultanas, mixed peel and cinnamon then place the dough on a lightly floured surface. Knead the dough by holding with one hand and stretching it with the other, then fold it back on itself. Repeat until smooth and elastic.
Put the dough in a lightly oiled bowl, cover with a cloth and leave to rise for approximately one hour or until doubled in size.
Divide the dough into 12 even pieces and roll each piece into a smooth ball on a lightly floured surface. Arrange the buns on a baking tray lined with baking paper, leaving enough space so that the buns just touch when they rise and expand. Set aside to prove for another hour.
For the cross, mix the flour and water together to make a paste and put in a piping bag. Pipe a cross on the bun.
Bake in the oven at 200°C for 25 minutes or until golden-brown.
Remove from oven and whilst still hot, brush the glaze evenly over the buns and then allow to cool.

Didn't book? Pick from our selection of ready-made salads, sandwiches and snacks at the Farm Cafe.