Based at Spier, this learning and demonstration farm produces nutritious food using eco-friendly regenerative farming methods while empowering a new generation of farmers. 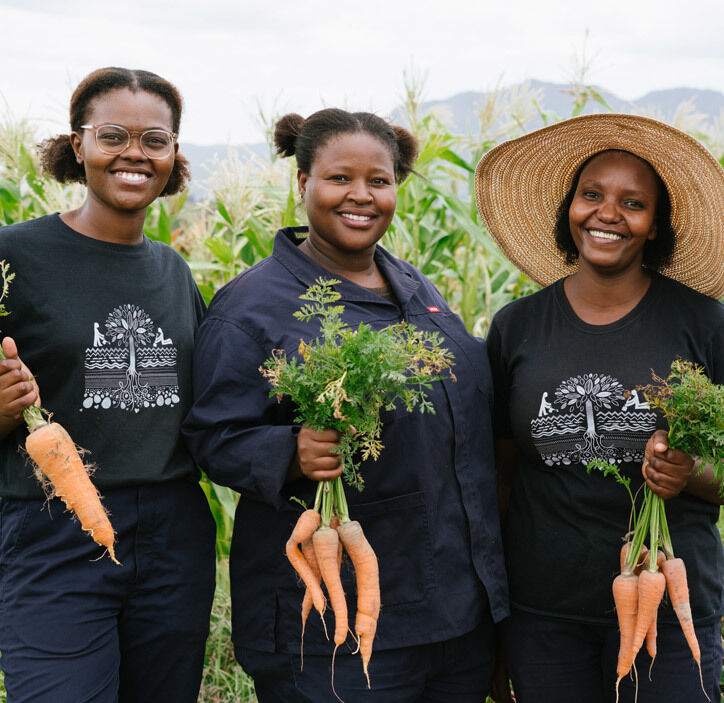 In March 2019, Spier partnered with Woolworths and the Sustainability Institute and its AgroEcology Academy to launch the Living Soils Community Learning Farm. 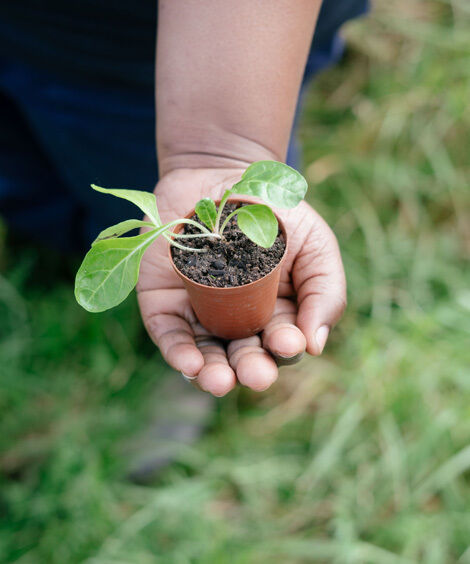 Since the start of lockdown (March 2020), the Living Soils Community Learning farm has donated more than 4000kg of fresh vegetables as food relief to households in Vlottenburg and the Lynedoch Valley.

Based at Spier, this learning and demonstration farm produces nutritious food using eco-friendly regenerative farming methods while empowering a new generation of farmers with the skills and experience needed to address food insecurity in local communities.

Rirhandzu Marivate is the farm’s project manager, who has overseen the sterling efforts of the farm’s first three interns — all women originally from the Eastern Cape: Phutuma Mgu, Vuyolwethu Zicina, Thandiwe Mtyingizani. After clearing the land and preparing it using agroecological methods to regenerate the soil with beneficial microorganisms and nutrients, the trio planted a wide range of vegetables. The first harvest was in November 2019; by March 2020, an astonishing 1700 kilograms of produce had been harvested – from just under a hectare of land. This bounty was used to prepare meals prepared for approximately 200 impoverished and at-risk children from the Lynedoch community.

Following the successful conclusion of the three’s internships, they have remained to take on leadership positions, mentoring the seven new interns that joined the farm in 2020.

If successful, this pilot approach to nurturing a new generation of farmers could be replicated in other areas of South Africa, boosting food security and bringing health and wellbeing to communities and their environments.

Keep up to date with the latest news on this project 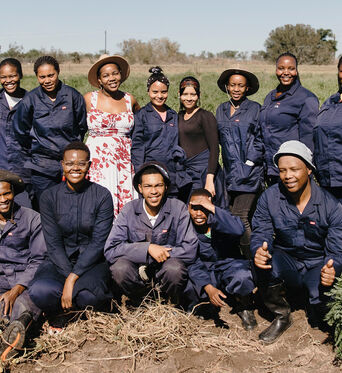 From seed to reality: A three year reflection of the Living Soils Community Learning Farm

When the Living Soils Community Learning Farm was launched in March 2019, it had three ... 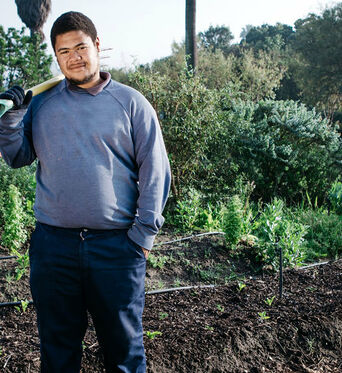 Three years ago we celebrated the launch of the Living Soils Community Learning farm in ... 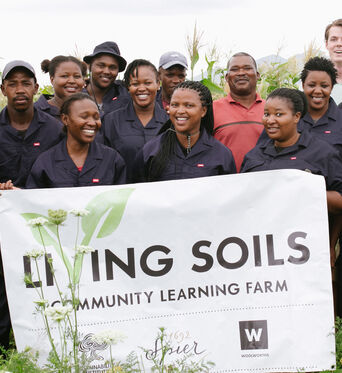 In March 2019, we partnered with Woolworths, the Sustainability Institute and its ... 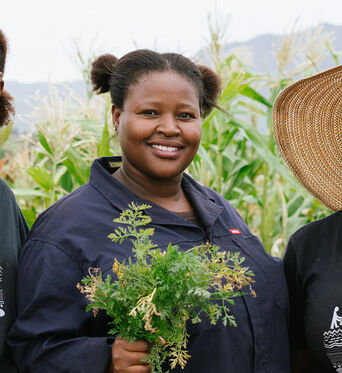 Within eight months of starting with the project, the first harvest of vegetables from the ... 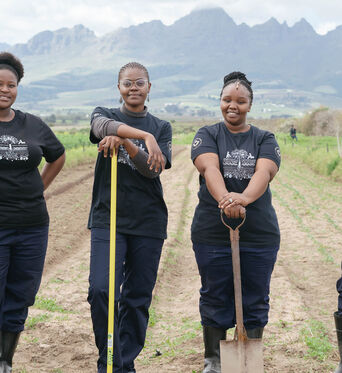 Since the Living Soils Community Learning Farm pilot project was launched in March this ... 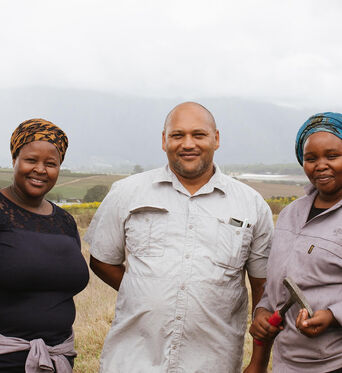 Spier has partnered with the Woolworths Trust, Sustainability Institute and AgroEcology ...

Explore all our initiatives 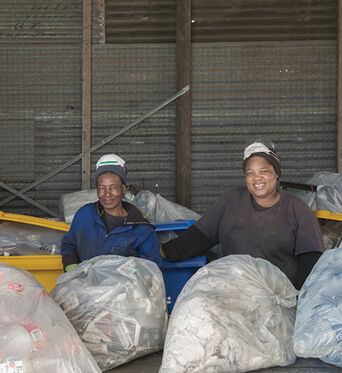 Teaching the value of waste

100% of our organic waste is transformed into organic, nutrient-rich fertiliser and more than 97% of our solid waste is recycled. 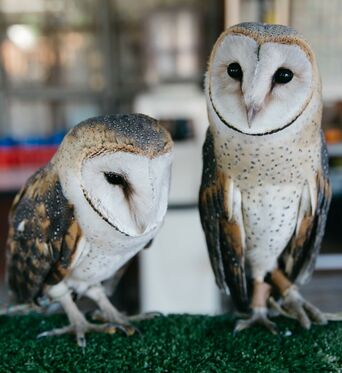 Spier supports Eagle Encounters by donating land, electricity and water for its facilities. 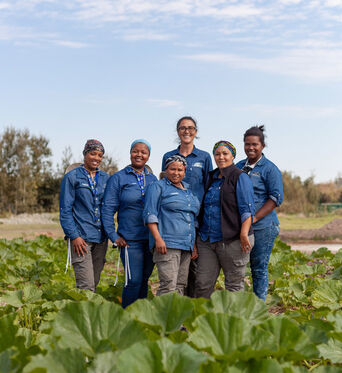 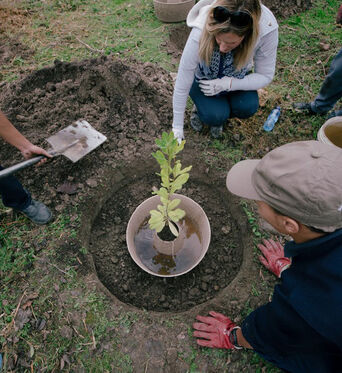 Because each employee is an ambassador for Spier and its values, every new member of our team participates in a five-day training course that explores environmental and social challenges.

Spier is a participating employer in the Pinotage Youth Development Academy which seeks to educate and employ disadvantaged youth in the wine industry. 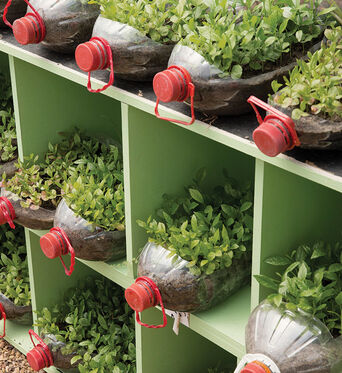 Living in some of the province’s most impoverished communities, Tree-preneurs are taught how to care for indigenous trees and plants. 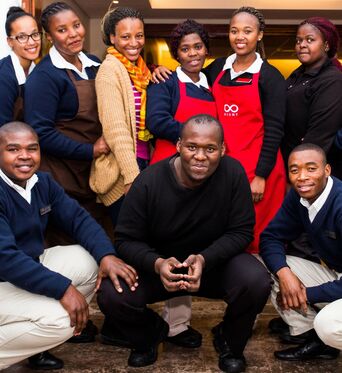 Spier recruits entry-level staff through Harambee, an initiative that sources, trains and places unemployed young people from disadvantaged backgrounds into their first jobs. 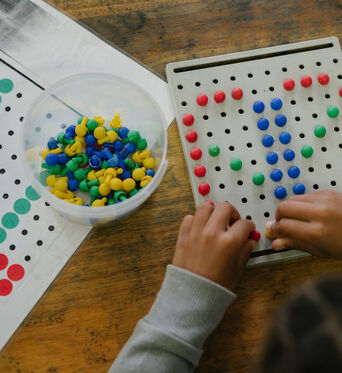 Pack for a purpose

Pack for a Purpose invites visitors to Spier to fill spare space in their luggage with much-needed books, stationery and other educational supplies for disadvantaged young students. 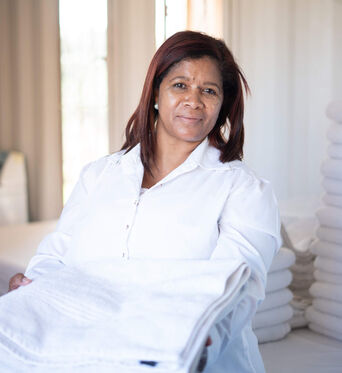 Spier helps entrepreneurs — many of the former employees — to launch and successfully run their own small businesses. 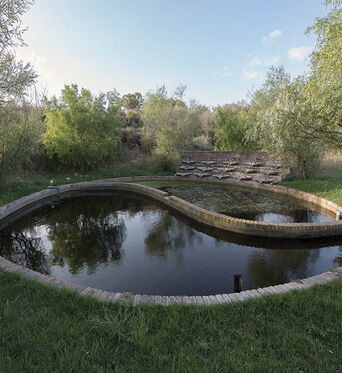 100% of Spier’s black and grey wastewater is recycled using a centralised wastewater treatment plant installed in 2007. 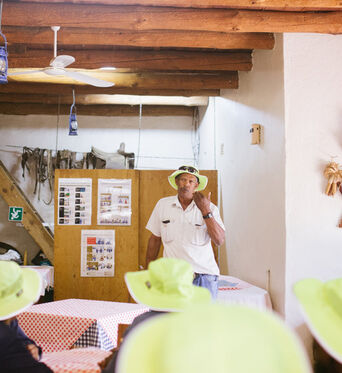 We ensure integrity throughout our supply chain by monitoring the agreed commitments in our Spier Supplier Ethical Code of Conduct, which includes compliance with all relevant labour, health and safety and environmental legislation. 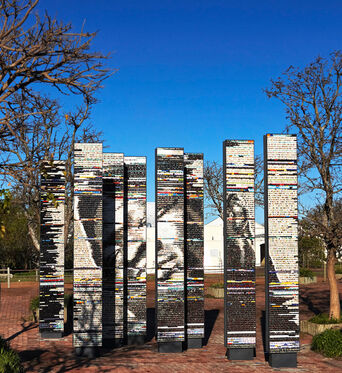 The Spier Art Collection is one of the largest contemporary collections of South African art in the country.